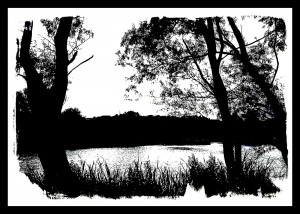 One day in church the pastor announced that he was going to go and pray at the source of the river and gave an open invitation for people to join him.

Anyway, anyone who knows me knows that my sense of direction is not strong! I set off in my car, quite excited to be joining in on the concept – and having neither the SAT NAV nor the inclination to ask for help I decided to play “Follow that car!”

I followed it faithfully. The driver went home!

I never made it to The Source, but when I began taking my photographs the title Barnsley Water came to mind …and after reflecting upon the images the memory came too:

The memory of a prophetic gesture – that the water was prayed over – that the intention of the gesture was to intercede for the town.